I Dare You To Breathe: Maggie O’Farrell’s Memoir “I Am, I Am, I Am” 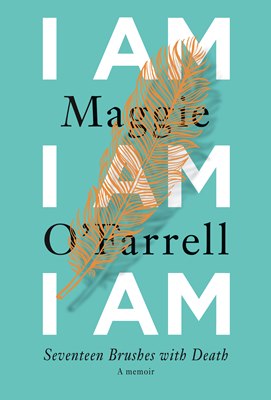 From our earliest days, most of us fear death and learn to regard it as an unwelcomed guest, an entity to be avoided at all costs. And yet, there are others, who upon seeing its blurry premonition learn to “suck out all the marrow out of life”(as Henry David Thoreau would say) by taking risks in an attempt to conquer death once and for all.

The Northern Irish novelist Maggie O’ Farrell belongs to the arena of risk takers, those rare brave champions who opt to recklessly live their lives to the fullest, instead of being hindered by fear or any type of caution. This mindset was shaped by the experience she had as an eight-year-old girl who almost died from encephalitis, an event she tackles in her memoir I Am, I Am, I Am published in 2017. Although famous for her fiction writing, O’Farrell does not disappoint in this form either. Her tour de force of a memoir contains 17 excerpts presented in a serial manner, each dealing with a near-death experience. The title is taken from Sylvia Plath’s novel The Bell Jar (“I took a deep breath and listened to the old brag of my heart. I am, I am, I am.”) and stands as a reflection of the way O’Farrell has dealt with facing death as a child. Instead of becoming scared and careful, she chose the complete opposite – a life filled with adventure, recklessness, bravery, and risk-taking.

“Coming so close to death as a young child, only to resurface again into life, imbued in me for a long time a brand of recklessness, a cavalier or even crazed attitude to risk. It could, I can see, have gone the other way, and made me into a person hindered by fear, hobbled by caution. Instead, I leapt off harbour walls. I walked alone in remote mountains. I took night trains through Europe on my own, arriving in capital cities in the middle of the night with nowhere to stay.”

After listing some more dangerous paths she took in her life, O’Farrell states the following:

“It was not so much that I didn’t value my existence but more that I had an insatiable desire to push myself to embrace all that it could offer. Nearly losing my life at the age of eight made me sanguine – perhaps to a fault – about death. I knew it would happen, at some point, and the idea didn’t scare me; its proximity felt instead almost familiar. The knowledge that I was lucky to be alive, that it could so easily have been otherwise, skewed my thinking. I viewed my continuing life as an extra, a bonus, a boon: I could do with it what I wanted. And not only had I tricked death but I had escaped a fate of incapacity. What else was I going to do with my independence, my ambulatory state, except exploit it for all it was worth?”

It all changed, she explains in the memoir’s penultimate excerpt, when she became a mother because caring for another being, a part of your own skin and bone that you come to cherish most of all, does make you alert, careful and cautious to all those risks that you would have taken so carelessly beforehand. 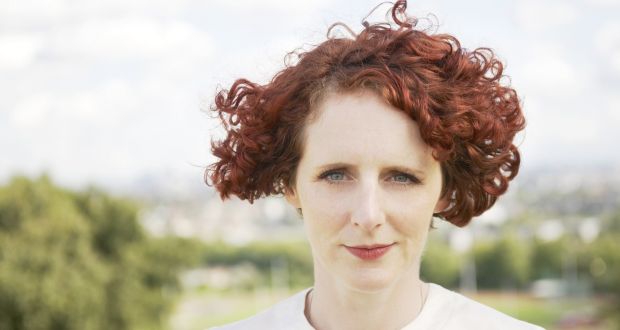 The memoir is O’Farrell’s 8th book (she’s the author of seven bestselling and award-winning novels) and has been described as revealing her life “in a series of tense, visceral snapshots” and as “a book to make you question yourself”, both of which are statements I fully agree with. The memoir’s strength can be located in its ability to suck you in and make you wonder what you would do were you O’Farrell, at such a turning point when another entity endangers your life or the lives of your loved ones. It is a picturesque, vivid, and masterfully orchestrated memoir which persists in its belief in the importance of being aware that death is not some scary, looming enemy threatening to end our existence, but a permanent companion of ours, which does make for a gut-wrenching realization, but not a suffocating one at all. It rather comes as a relief, a moment to exhale and take in the entirety of human existence, its beauty, charm, and simplicity.

“We do what we have to do to survive; as a species, we are inventive in the face of adversity. Robert Frost said, ‘The Best way out is always through,’ and I believe this to be true but, at the same time, if you can’t go through, you can always go around.”

At the end of the day, we do what we have to do to persevere.

Previous articleAlan Lightman’s Belgrade Lecture: The Intricate Artistry of Scientific Exploration
Next articleRemembering Toni Morrison and James Baldwin: The Grandeur of The Bluest Eye and The Fire Next Time