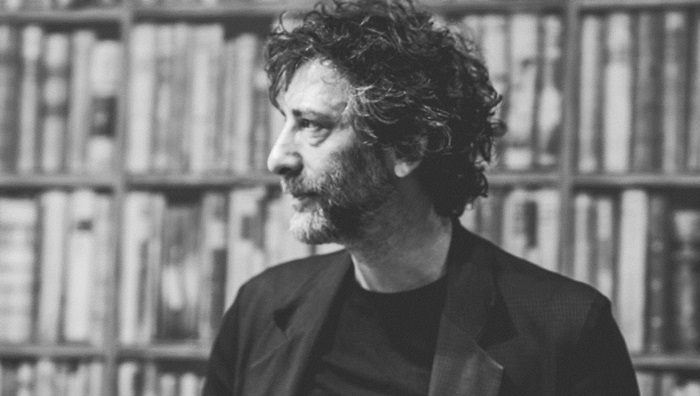 Winter is coming, or so they say. Well, I guess that they are right. It is really cold outside these days. Yet somehow I really like how solemn everything gets with winter approaching. And it gets silent in the night, as well. All you have to do is curl up in your bed, put on some jazz and read. I know it may sound cliché, but every reader has his or her way of travelling to some distant dimension of consciousness where all is calm and peaceful. Italo Calvino once wrote, “If on a winter’s night a traveller…” That’s who I am these days. I have my books stacked next to my bed, and my cups of coffee and tea lined up on my desk. All I have to do is close my eyes, and I can travel. Anywhere. Really, anywhere. I have Knut Hamsun to take me to the heart of Norway. Haruki Murakami somehow always manages to transcend the brevity of a moment and seat me in a Japanese café, where I feel at home. This is what your favourite authors do, the so-called ‘great ones’. They are able to provide a setting for all of us travellers who have felt lost many a time in our lives. They fuel our lively imagination and give us a familiar space, a place to go to whenever we feel gloomy or that eerie feeling of being misunderstood creeps into our minds.

I fell asleep last night in my bed, surrounded by my books and I had the weirdest dream. There was this little girl, dressed in a yellow raincoat who told me to follow her. I had no other choice, you know how it is in dreams. So I did what she said. I went down on my knees and crawled through a very small space, all the way to another room. This one was colourful, and differed from the girl’s gloomy eyes. She told me her name was Coraline. I said I knew. Yet, I had no idea how I knew this girl. You know, I’m a student, I cannot spend my days playing with girls dressed in yellow raincoats anymore. Yet, it didn’t seem to matter. All that counted was that I knew her. She asked me if I knew who her maker was. I said no. She told me it was the most whimsical man that ever lived. His face had an air of familiarity and his eyes were filled with hope. She said he was very lanky and always wore black, and I said I loved black. She said she knew. She had a picture of him. His hair was very curly and bushy, resembling some wild forest. One could immediately say that he belonged to a magical world. Yes, she said, his vocation has to do with magic. The man’s name is Neil Gaiman, and he is the greatest magician of them all. He is an author.

"Sometimes you wake up. Sometimes the fall kills you. And sometimes, when you fall, you fly."
–Neil Gaiman pic.twitter.com/kB5ISiDtu7

Gaiman is one of my favourite people on this planet. Not only do we share a birthday, but his work has been a place that welcomed all instances of escapism I have had thus far. It all began with The Sandman. The series follows a cast of stunning characters living in a truly magical world, which is home to terrifying and wonderful stories at the same time. Gaiman portrays the so-called Endless, who have existed since the inception of time and space. Their names are Destiny, Death, Dream, Desire, Despair, Delirium (who used to be Delight), and Destruction. Each of them epitomizes a realm on its own, and their names reveal what that realm is. A group of wizards tried to end death by capturing Death, but made a mistake and instead made Dream their captive. When Dream manages to escape the claws of his captors, he has to cope with all the changes that have taken place both in his realm, and in himself. The plot is intricately woven, and there is a thread that spans from the first all the way to the last publication. Nothing is left behind, but characters reappear and the story blossoms throughout all volumes.

“You say I have no power? Perhaps you speak truly… But — you say that dreams have no power here? Tell me, Lucifer Morningstar… Ask yourselves, all of you… What power would hell have if those imprisoned were not able to dream of heaven?”

As I’ve mentioned, one of Gaiman’s biggest traits is the ability to weave stories and introduce such complex plotlines and characters, and yet the reader is not confused at any point throughout the reading process. Another great instance of this is the novel Neverwhere. It possesses an immense hypnotic power and you will be absorbed in its world from the very beginning. Gaiman created a thrilling setting, encompassing a London Above and a London Below. Richard Mayhew, who is one of the protagonists, falls through the cracks of reality, with his identity being completely erased, and lands somewhere that is unfamiliar to him, somewhere strange and mysterious, somewhere that is Neverwhere. This is all triggered by him meeting a girl called Door, whom he rescues in London Above, and who lives in Neverwhere. From the onset, we meet a cast of characters spanning from the Marquis de Carabas, all the way to the Angel Islington. Each and every one of them is magnificently portrayed in this stunning urban fantasy, mixing reality with fiction in a playful manner. Just imagine Tim Burton taking the novel The Phantom of the Opera to a whole other level, or maybe the Twelfth Doctor (portrayed by Peter Capaldi in the TV show Doctor Who) landing in this amazingly built world, and there you have it. You can immediately feel all the magic that resides within the pages of the novel.

“There are little pockets of old time in London, where things and places stay the same, like bubbles in amber, she explained. There’s a lot of time in London, and it has to go somewhere—it doesn’t all get used up at once.
I may still be hung over, sighed Richard. That almost made sense.” 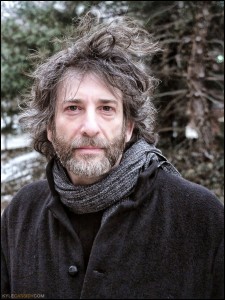 Apart from being a prolific author and storyteller, Gaiman is also an activist when it comes to library funding and the importance of reading in general. In an insightful Guardian article, Gaiman discusses why we need fiction in our lives and why libraries matter. Gaiman is an avid reader and a firm believer in the power of written words as well as libraries, a place where one can consume the former for free. Due to the fact that he outlines his arguments, Gaiman does not dwell too much on using long, elaborate sentences pertaining to the realm of stunning prose. Yet, he opts for those expressions that convey as much as possible, where we can see that he can also nurture some Orwellian traits when it comes to writing argumentative pieces. After viewing all this, it is clear that trying to put boundaries and determine genres is almost an impossible task when it comes to Gaiman’s oeuvre. The man is a prolific author who has decided to dedicate his life to sharing stories with his audience, regardless of the medium or genre. This is why he is such a well-loved storyteller nowadays. And I use the word storyteller on purpose, because not only does he write stories, but he is also well-known for his wonderful reading voice, which he has shared with us on numerous occasions.

Trying to write about Gaiman and his work is similar to trying to hold something that keeps slipping from your hands. At one moment you think that you’ve finally managed to grip it, yet it slips from you again. This is due to the fact that Gaiman is no ordinary tale-spinner and no ordinary man. He is a magician when it comes to words. Whatever he says or writes turns into a wonderful story. This does not occur often, and it takes great skill to create works of art that can be inhabited and loved over and over again. He truly is one of the greats, a giant of words, and a titan of storytelling. Yet the fact that he remains a child in his heart is what makes him so awe-inspiring.
As Italo Calvino once wrote,

“I will start out this evening with an assertion: fantasy is a place where it rains.”

Wait, let me just put on my yellow raincoat, and I’m ready…

Previous articleHumour and linguistics
Next articleHit the road: A Walk Across Serbia – An Interview with Kevin Shannon