For the genuine lovers of the written word 23 April is a remarkable day, since Shakespeare’s 449th birthday is celebrated on this day.  Although Shakespeare’s plays were written to be performed at the Globe, on the south bank of the Father Thames, today they attract the audience around the globe. The power of the Bard’s magical pen can be felt today, even though the Golden age of the Queen Elizabeth I is centuries behind us. 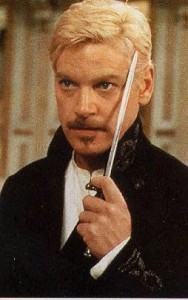 The magician with words pondered deeply about the meaning of life, love and a man’s nature.

Marking the anniversary, here are some of his memorable and most quoted lines:

However, 23 April is also the date of birth of Vladimir Nabokov, author of Lolita. Just like the story of Shakespeare’s date of birth poses some difficulties, the story of Nabokov’s birth date has a background, too. In his autobiography Speak, Memory,  Nabokov says:

“All dates are given in the New Style: we lagged twelve days behind the rest of the civilized world in the nineteenth century, and thirteen in the beginning of the twentieth. By the Old Style I was born on April 10, at daybreak, in the last year of the last century, and that was (if I could have been whisked across the border at once) April 22 in, say, Germany; but since all my birthdays were celebrated, with diminishing pomp, in the twentieth century, everybody, including myself, upon being shifted by revolution and expatriation from the Julian calendar to the Gregorian, used to add thirteen, instead of twelve days to the 10th of April. The error is serious. What is to be done? I find “April 23” under “birth date” in my most recent passport, which is also the birth date of Shakespeare, my nephew Vladimir Sikorski, Shirley Temple and Hazel Brown (who, moreover, shares my passport). This, then, is the problem. Calculatory ineptitude prevents me from trying to solve it.”

On 23 April 1616, Miguel de Cervantes died and on this day but in 1850 William Wordsworth died, too. Bearing in mind all these prominent authors, UNESCO decided to pay tribute to them by proclaiming this day as the World Book and Copyright Day, promoting reading and publishing throughout the world.