Last month, we had a splendid opportunity of talking with Dylan Saccoccio. He is an aspiring author and actor whose magical world he created in The Tale of Onora deeply stirs our imagination. Yet, his fiction is more than a wondrous world of epic fantasy, since his characters pose fundamental questions.

Today, Dylan is sharing his thoughts on the challenging processes of reading and writing and questions the role of the reader. In a world where quality is characterized by the loss of quality, where self-proclaimed are mysteriously finding their way to our bookshelves, it’s an honor to meet an author who dares to be different.

I’m not sure who coined that, but I think the intent behind it is “write what you are“, meaning if you are trying to write about things in which you have no life experience with, it will probably come across as one-dimensional, two-dimensional at best.

But if you “write what you know(are)”, you will be channeling the source of the universe into a direct, physical manifestation that will then draw other individuals to your work because they will relate to the realness of your words.

The psychology behind it is logical. People, unless under some sort of spell, via mass media marketing, etc., aren’t going to read the work of an author if they know more about the subject than what the author knows. The only people who will be attracted to that work are the people who know nothing of those ideas, which is why the Dan Browns, the Tolkiens, the Rowlings, the Martins, etc. are so popular. Most of that esoteric information is really alluring to individuals that are asleep, that are symbol illiterate. But anyone that knows history, the occult, or facts, will not be impressed with those books at all because they provide no conscious solutions to any of the world’s problems, and they decline to dance with the truth. This is how I see it, and I only speak for myself. 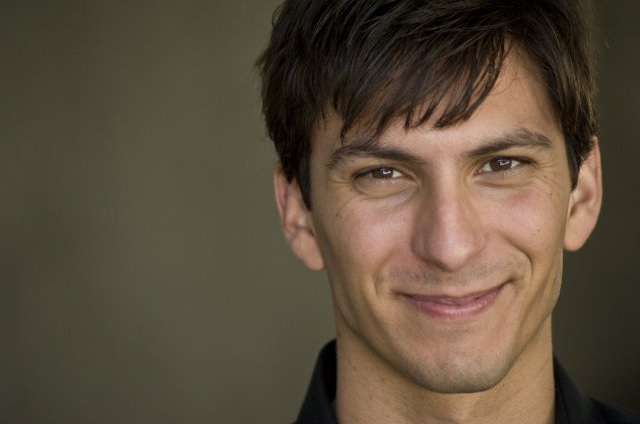 But I’ve had many conversations about this with other people who agree with what I’m saying, which is why I loved these stories as a child but as an adult cannot consume it. It’s like growing out of eating so much sugar. That’s a good analogy. I used to have a sweet tooth. I used to drink coffee with cream and sugar. Now I drink it black, like my heart. All joking aside, you must do your own research and read these books and decide for yourself. Perhaps I missed something. Perhaps you can change my opinion. I’m one hundred percent open-minded about it because I cling to no beliefs, and while I liked reading the works of these authors before I evolved, I know too much about the real world now, which prevents me from investing my energy into them.

They refuse to confront any of the real conspiracies that plague our society today. Which is why the publishers push their work. Who owns the publishing houses? What collectivist groups are they associated with? Who do they get their money from? I’m intentionally posing these questions to your readers. It’s up to them to follow the money. The truth, when you finally chase it down, is worse than your darkest visions and fears.

So if you want people to heed your words and your work, you must be an expert on it. You must know more than they do, and be able to defend your logic against their logic, which is actually a great deal of fun if you don’t’ take the debates personally. Talk nerdy to me, baby. I love it.

One writer didn’t like that I explained how a curse scientifically worked in Book One. But I like my logic better. As a fan, I’ll believe anything you tell me as long as you can sell it to me. I like knowing how the curse works, how the magic works, and the dangers of it, because then the reader establishes in their consciousness that this is how it is. This is the way magic works. It’s neutral, the same way symbols are neutral, but they can be used by dark sorcerers as easily as they can be used by light workers and shamans. This is how real magic works. It’s not debatable.

And so to tie it all together, if you are the expert, people will listen to you. If you know more than they do, they have no choice but to hear you out and if they can’t mount a logical defense against you, they’ll believe you. This is what adults do to children all the time, and it’s why most of us are so mentally fucked up, because parents behave like tyrants most of the time. This is how it is in THEIR HOUSE, with THEIR RULES, and if you don’t like it you can MOVE.

The bottom line is this. If you come across as fake, your readers can smell your bullshit from a mile away, and their word of mouth may not benefit you. You may not like what I have to say, but that’s usually a defense mechanism for two reasons. The first is denial, because if what I say is true, then you’re forced to wake up and realize that you’re not safe like you thought you were, that your safety is and always has been an illusion. You’ve put your trust into the hands of the last people you should have, and it’s akin to finding out your soulmate has been unfaithful to you since before you even met. The other reason is that you live a comfortable life by benefitting from the current paradigm that spreads nothing but debt and death, but you’re a good person and if you knew the truth about what you were a part of, you wouldn’t be part of it anymore. But the catch is that if you walk away, you also would be abandoning your comfortable life. So this is why there is such a monumental resistance to living in the truth, because most of the power rests in the hands of those who are too dependent on this system and who benefit the most from it, so the rulers face virtually no opposition from that class. But it matters not in the long run, at the spiritual, conscious level. Silence in the face of evil is in itself evil. It is betrayal. Treason. Inaction in the face of evil is action, and thus evil in itself. And those who ignore reality will eventually be hurt the most when the consequences of ignoring reality finally collide with them.

Depends what you mean by this question. I read a ton every day, but most books I read are equivalent to fast food, GMOs, or other processed junk that may taste good to palates that don’t know better, but are virtually void of nutrients and just make you sick, both mentally and physically.

Because of this, my attention is drawn to reading the work of independent analysts/journalists that write and speak about the geopolitical state of the world rather than fictional stories that offer zero conscious solutions to the world’s collectivist problems today. There’s too much happening right now for me to focus on fictional propaganda from the death cults of Saturn, the lord of the rings, or the circumscribed triangle branded to Harry Potter, you know, the one you see regarding governments, organizations, and religions all over the world, the one that directly corresponds to the lightning bolt on Harry’s face, the one you’ll see on Lady Gaga’s face, the symbol of the Nazis SS, or even the latest billboard for the new “The Flash” movie, the bolt that symbolizes what Luke beheld as lightning fell from heaven. See what I did there? If not, someday you shall. It’ll come to you when you’re ready. Seek and ye shall find. It doesn’t matter what you believe. If they believe it, and they make the rules that govern your life, then you will be affected and afflicted by them.

Recently, I read “The First Law Trilogy”, which was my favorite up until the end of Book Three. I feel like the story wasn’t finished. It just ended. I tried to read “A Game of Thrones”, but I found it to be energetically vacant. Of course, I was very turned off by a 13 year-old girl (her age isn’t relevant to the story one bit, so I want you to remember that while 400,000 children go missing each year in the US and almost 200,000 go missing each year in the UK) getting forced to marry a barbarian (who in my mind looks exactly like George R.R. Martin), and then to have sex with him until she comes to like it. If I had a daughter, I’d never want her to read this or entertain this idea. Onora would die on her feet fighting before giving in to some troll like that.

I’m really tired of this Stockholm Syndrome that’s being perpetuated on our society, this idea that is brainwashing our youth to be pathetic little cowards that don’t have the courage to fight for themselves. We get it projected onto us from everywhere, to just hide and not fight back, to wait for daddy government to save us. It’s disgusting. It’s anti-American. It’s anti-freedom. So there are a lot of things that didn’t resonate with me in Martin’s work, but he’s talented and I understand why people love his work. It’s just not for me.

Currently, I’m waiting for Patrick Rothfuss’ third book in the King Killer Chronicles, as his magic has been more realistic than most, even with his cheesy hermetic phrases and such. At least he confronts the truth. Whether or not he serves evil or not will be decided by the manner in which he finishes the story.

My health is failing me a bit because writing is a sedentary lifestyle. I’ve never been this skinny because I’m forced to choose beteween working out or writing, and writing takes precedent right now because this work is more important to me, so I’m not as attractive as I used to be, which affects my acting career. But this is the most important work of my life, as the time is nigh, and it’s worth it because we’re only gonna get one shot, and I want to ignite a renaissance. If I can do that, I won’t need to work jobs that don’t resonate with me to support myself in a paradigm that doesn’t resonate with me. I like freedom, and my life is greatly enriched by you being free to be yourself, and having the courage to do so. That’s the world I want to live in. No rulers or gods to govern us. Each man and woman is his/her own god, each person an immortal spiritual being that was never born and shall never die. You already are this, it’s just a matter of when you are ready to own it.

So thank you for your time and to all your readers who will give The Tale of Onora a chance. They can read the first 10 pages for free in any Amazon store, available as an eBook or a paperback copy. Have a wonderful day!!!