One Day by David Nicholls: A Charming Plunge into Romantic Realism 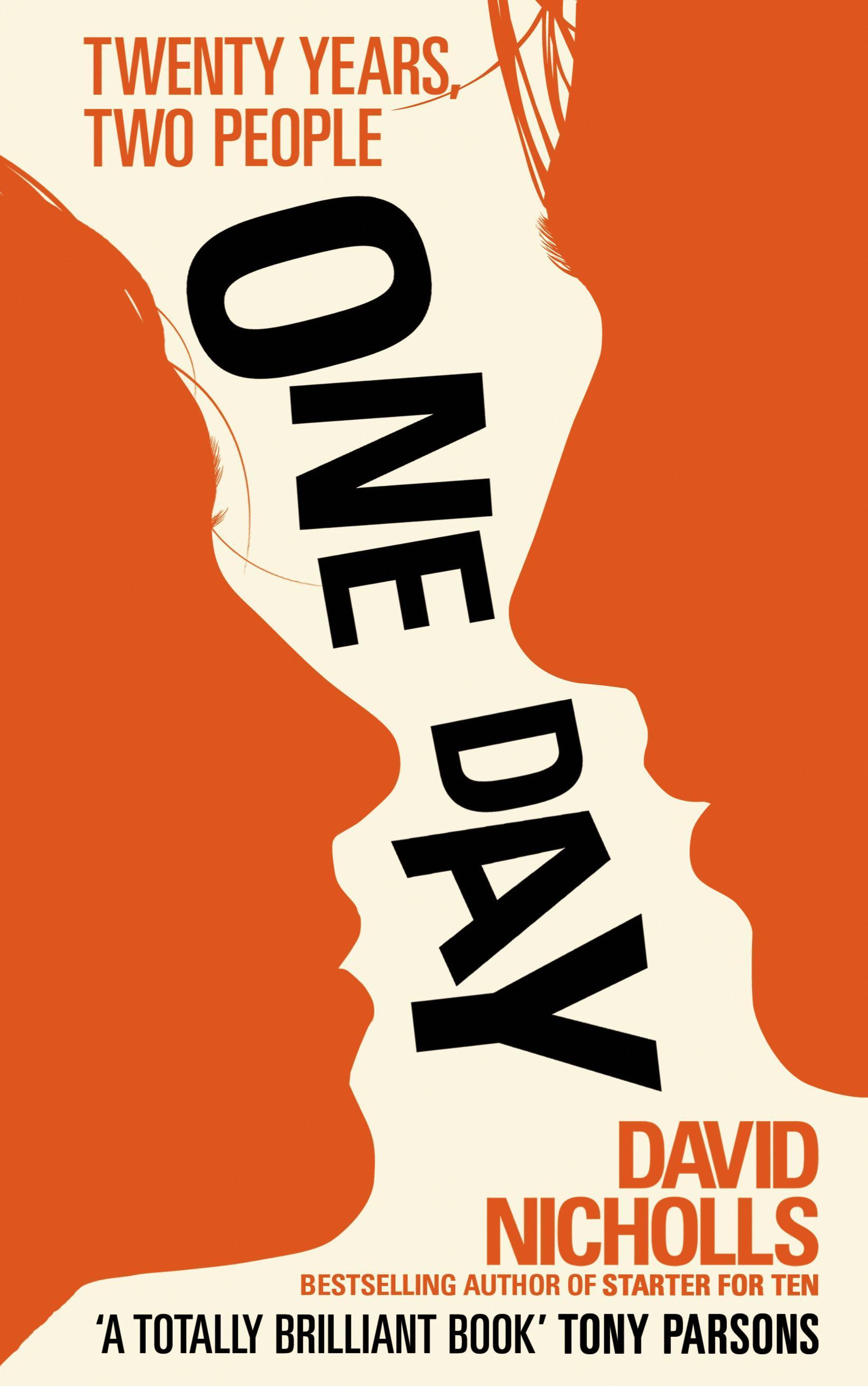 David Nicholls was a name that didn’t ring many bells in the literary world prior to the publication of One Day in 2009. Born in Hampshire, England, Nicholls discovered a passion for theatre during his school days and went on to graduate from Bristol University with a degree in Drama and English. Upon graduation he pursued a career in acting. It took him 8 years to realise he wasn’t cut out for acting and that his affinity towards words and characters far outweighed his love of theatrical performance. Finally having unmasked his love of writing, he took to writing and adapting TV series, before taking time out to focus on his debut novel Starter for Ten (2003) which was later adapted into a film. Two years later, The Understudy (2005) was published, his second novel, which although praised for its sincerity and humour (the story is that of a failed actor gripping with failure and disappointment, reminiscent of Nicholls’ own early experiences) didn’t score wide-reaching praise.

Four years later, One Day saw the light of day and such a bright light it was. The novel was conceived, in the words of its author, as a “romantic epic“ so it fits neatly into the heading of romantic comedy/drama. It is a striking combination of deadpan humour and romance, underpinned with imagination and wit, and I hasten to add, refreshingly free of affectation and banalities, which to some are synonymous with this “lightweight“ genre. One Day rejects to be labelled an “easy read“; characters are infused with depth and complexity, and behind sporadic light-heartedness lurks grim realism.

While I think the book merits the benefit of the doubt at the very least, don’t expect One Day to be staggeringly unlike any romantic story you’ve read before either. Great stories always spring from a rich vein of work and are built on fragments of previous works. A masterpiece of any genre is a meeting point of tradition and innovation, and while bestowing the label of a masterpiece upon One Day is debatable, the work undeniably balances successfully these two ingredients.

The story is that of Dexter and Emma (”Dex and Em, Em and Dex”) who spend a night together following college graduation, and although a romantic relationship doesn’t take off, they remain close friends for years to come. The book harbours snippets of their lives, every year on that same day they met, St. Swithin’s, for twenty years. This yearly “check-in“ of the protagonists comes in a variety of narrative styles, including plain narration, letters, phone calls, dialogue. Since our knowledge of their lives is restricted to one day a year, readers are free to “fill in the blanks“ and attempt to reconstruct what’s missing. In a way, it resembles Hemingway’s iceberg theory which suggests that by eliding inessential elements the structure of the story is reinforced. Of course, any resemblance with Hemingway’s writing ends right there. What’s important is that due to this technique, One Day necessitates active involvement on the part of the reader, who supplies and invents the missing elements.

Much could be said about Em and Dex, but I don’t wish to reveal too much, as their personal development is at the heart of the tale. Emma seems a strong female character feminists would hold dear – headstrong, precocious, independent and equipped with self-flagellating humour, she towers morally and intellectually over self-absorbed Dexter. She is bookish and witty and dreamy and behind disregard for physical hides a razor-sharp mind in love with the idea of bettering the world.

She began walking again, south towards The Mound. ‘Live each day as if it’s your last’, that was the conventional advice, but really, who had the energy for that? What if it rained or you felt a bit glandy? It just wasn’t practical. Better by far to simply try and be good and courageous and bold and to make a difference. Not change the world exactly, but the bit around you. Go out there with your passion and your electric typewriter and work hard at . . . something. Change lives through art maybe. Cherish your friends, stay true to your principles, live passionately and fully and well. Experience new things. Love and be loved, if you ever get the chance.

Dexter’s life philosophy is not “tainted“ with such high-minded ideas. He is a thrill seeker, a fun-loving and self-loving showman, whose life is never complete without a woman to direct his actions.

“He wanted to live life in such a way that if a photograph were taken at random, it would be a cool photograph.”

What is particularly note-worthy is the nuanced maturity of Nicholls’ writing, which shies away from a simplistic view of life and relationships. Tendency towards realism is particularly notable in their older years, when with several sobering disappointments behind them, Emma and Dexter both develop somewhat disillusioned views of life. Bye bye la vie en rose, enter compromise, renunciations, insecurities. This is not to say that the best of art and literature mimics “real life“, but a healthy dose of credibility is more than welcome, in some genres more than others.

In contrast to Emma and Dexter, whose portraits are meticulously painted throughout the book, stand sketchy minor characters who although a bit two-dimensional, are incredibly vivid and portray different realities from those of the protagonists. Scott, Emma’s manager in a downtrodden Mexican restaurant aka‘’the graveyard of ambition” is a good example:

Scott blew air out through his mouth and waited for the groaning and fake retching to subside. A small, pale pink-eyed man with a degree in Business Management from Loughborough, he had once hoped to be a captain of industry. He had pictured himself playing golf at conference centres or striding up the steps of a private jet, and yet just this morning he had scooped a plug of yellow pork fat the size of a human head from the kitchen drains. With his bare hands. He could still feel the grease between his fingers. He was thirty-nine years old, and it wasn’t meant to be this way.

Hemingway, who famously argued for brutal honesty in both life and writing, once wrote that,“All stories, if continued far enough, end in death, and he is no true storyteller who would keep that from you.” As every other honest storyteller, Nicholls doesn’t refrain from letting his readers know the ultimate truth about life – it does not make sense. Or at least more often than not hunting for sense and the inherent meaning in the universe leaves one empty-handed and longfaced. Characters brace themselves for that knowledge and with them so does the reader. Nicholls particularly excells in a chilly scene which marks the culmination of the protagonists’ relationship. The situation arises out of the blue, sudden and crushing, devoid of any sense yet somehow expected. It’s as if you’ve swallowed bits of ash with your until then appetising dinner: your face contorts, the tongue twists in horror, and you wish you could wash down the contents of your meal with a flagon of forgetting potion. But that’s realism for you.

The final chapters alternate between the present and the past, drawing a stark parallel between youthful enthusiasm and middle aged disillusionment. The book’s circular structure (starts and ends with their first encounter) only reinforces the notion that the past is never really gone, and we relive it and reinvent it a hundred times over. Memory, once again, serves as a prime vehicle for escapism, both for the characters and the reader.

Though not a traditional happy ending, there is some satisfaction in it and a faint, rippling hope which streams through your blood flow and warms you up like a shot of vodka. Readers are reassured by the notion that there is always a way of coming back to life and that taking one step at a time eventually takes us farther than we ever thought we could go.

“Whatever happens tomorrow, we had today; and I’ll always remember it”

Ljubica Samardžić
English Language and Literature student at the University of Belgrade.