The myth that women talk too much should be debunked? What do you think, my dear ladies? Personally, I think that this persistent myth should not be kept alive. So, I am on my quest to prove the opposite. In order to find out whether I succeeded in my plan, you need to continue reading. 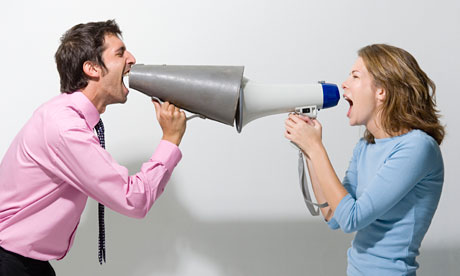 In order to try to debunk a myth and possibly offer an explanation, we need facts. We need plain and undeniable facts. According to a host of studies, it was proven that men talk more than women. You do not believe me? Well, the list of evidence follows.

Canadian researchers examined 63 studies which investigated the amount of talk used by American women and men. Out of 63 studies, 61 one of them proved that men talk more than women. A New Zealand researcher examined the amount of talk used by people who assisted a female TV host who was about to interview a public figure. In this study as well, men talked more than women. Another New Zealand’s linguist Janet Holmes investigated talking time women and men participated in one hundred public seminars. Men asked two-thirds of the total number of questions during discussions. Finally, studies which had children in kindergarten, primary, secondary and tertiary education as participants proved that the stereotype that women talk more than men does not reflect objective reality.

Now, I am going to present you with another group of studies. In short, these studies prove that the amount of talk men and women use depends on the purpose and the type of the talk.

According to American, British and New Zealand researchers, men talk more than women in committee meetings, stuff meetings, seminars and decision making groups. One of the scientific explanations of this finding is that purpose of men’s talk is to assert status and power. On the other hand, women talk more in private context when the purpose of the talk is establishing and maintaining social relationships.

When it comes to the type of the talk, studies show that women use agreeing and supportive talk encouraging others to contribute in a conversation whereas men contribute more in conversations in which they can express their opinions so they use informative talk.

Of course there are exceptions. Nothing is black and white. The amount of talk is also influenced by the expertise of a topic. According to another study, feminist oriented wives dominated the talking time over their husbands compared to couples with traditional gender roles.

To sum up, the amount of talk men and women use depends on many factors. There is no a clear-cut answer to the question “Do women talk more than men”? I am going to round off this topic with a Chinese proverb which speaks about the power of a woman as a speaker: “The tongue is a sword of a woman and she never lets it become rusty.”

Did you have any experience regarding this topic? What do you think about the findings of all these studies?

Previous articleThe Influence of Shakespeare on the English Language
Next articleInfographic: The Great Gatsby Character Map