As a final factor, that unpredictable spark, luck was there. Hiding behind every corner, evading them, jumping at a mere glance, it was always there. It was just impossible to take advantage of. Luck would show up, when least expected, and twist their lives as it saw fit. Usually, for the best. They met luck many, many times, during their everlasting lives. Sometimes in the heap of battle, sometimes when sleeping, luck would sneak up on them and hit them, turning every possible odd in their favour. They did everything they could to try and capture it, keep it, control it. But luck was something else. Even though they were different beings, superior, luck was still stronger, faster, sneakier. But it wasn’t ill-minded. It was simply free, and wanted to stay that way. Neither he, nor she, minded it. Over time, they learned to somewhat predict when it might hit them. She was way better at it than he was, as he only cared for what he saw, had, felt. She somehow knew when luck was going to cross its path with them, and she hinted him every time. And every time, she was right. Just as they were near exhaustion, sick of the eternal battle, covered in blood, weapon starting to be heavier than usual, luck would show up and immediately turn the outcome. They would win a battle they thought was lost. Never the war, but sometimes, a battle was all that was necessary. They could finally take a breath, enjoy their life, and each other. Nobody would be behind a tree, waiting to ambush them, nobody would appear friendly and try to stab them eventually. No. It was only the two of them, dancing in the infinite darkness, happy.

And luck never failed them, unlike many mortals, animals, powers. No, luck was definitely taking sides, and it would always take theirs. Even in those moments, when they thought luck would embrace the enemy, it chose them. Always them. Because of their heritage? Because of what they were? Perhaps the darkness attracted luck to them. He tried to understand it, but he failed. He could never explain how it happened, just that it did. Even their powers, useless compared to luck. Their powers could turn thin air into dagger, but luck could make it a sword. A sword that would cut down anyone standing in their path, freeing them from timeless chains they were bound with. Chains that mankind would do anything to enhance, trapping them even stronger. But they wouldn’t be trapped. As long as they had each other, they had the will, the weapon and the way to be free. To be what they were meant to be. Lucks’ friends, immortals, and together, forever. 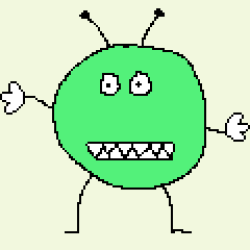