In the era of so-called ’grammar nazis’ it is mitigating to know that many of our ultimate writing role models committed some serious grammar crimes and were even proud about it. 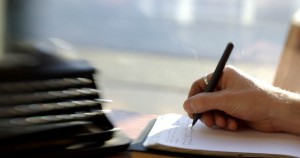 These English and American authors surely were familiar with the basic rules of grammar, but also had an ace in the sleeve when it came to writing in a unique style and manner. Besides, let’s not forget that writers really do belong to a special category of people, so we are not finding it that difficult to turn a blind eye on a few imperfections.

Without further ado, we present to you some of the greatest grammar rebels of all times:

Something that this highly influential English novelist is known for would definitely be a great skill for precisely building her characters. However, in order to demonstrate their pretentiousness, she often used double negatives, thus committing a major grammar no-no. 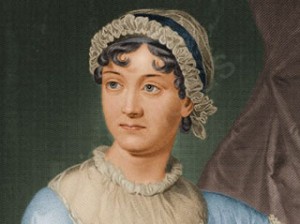 This famous American poet and playwright (not to mention a Harvard graduate) managed to differ from other writers by using a very specific and unconventional orthography in his poetry. He scarcely ever used full stops and wrote almost everything in lowercase (even his name and the pronoun ‘I’). 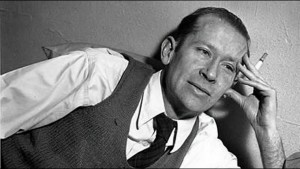 Emily’s poetry was quite revolutionizing for the time, not only because of the themes, style and voice of her poems, but also because of the overused punctuation and capitalization. This American poet loved to use dashes instead of traditional full stops and commas, in order to give her poems a sharper and more direct voice.

Unlike Emily Dickinson, some writers used no punctuation at all! One of them was William Faulkner, a grand American novelist and Nobel Prize laureate, who, in the manner of stream of consciousness, loved to challenge his readers to tackle his sometimes confusing writings. His advice for understanding what’s written: “Read everything four times.”

Here is an extract from his most famous novel “The Sound and the Fury”:

This Hollywood-recognized American novelist and playwright also avoids using punctuation. He calls quotation marks – ‘weird little marks’ and says: “I believe in periods, capitals, in the occasional comma and that’s it. I mean, if you write properly you shouldn’t have to punctuate.”

Joyce avoided punctuation so much that he used to write long-run sentences, which could last almost a quarter of the chapter. To be precise, Molly Bloom’s soliloquy from his famous novel “Ulysses” has altogether 24.048 words and is punctuated only by two periods and one comma. 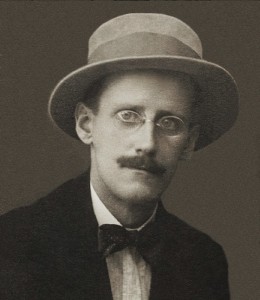 And no, this was not because he was paid by the word. Along with Faulkner, Joyce belonged to the ‘stream of consciousness’ movement, which is why using this technique was not that surprising.

We’re giving you the most quoted part of the soliloquy to get the general idea:

Nevertheless, long-run sentences with poor punctuation were not only used by writers such as Joyce and Faulkner. In his most famous work, “Alice in Wonderland”, Lewis Carroll gave Alice’s character some pretty long and incoherent lines, in order to bring the readers closer to her childish mind and put them in her position.

This is an extract from the book, showing how Alice is reconsidering whether to drink the potion, for she was afraid it might be something poisonous:

“…for she had read several nice little histories about children who had got burnt and eaten up by wild beasts and other unpleasant things, all because they would not remember the simple rules their friends had taught them: such as that a red-hot poker will burn you if you hold it too long and that if you cut your finger very deeply with a knife, it usually bleeds, and she had never forgotten that if you drink much from a bottle marked ‘poison’ it is almost certain to disagree with you sooner or later.”

Whether committing these grammar misdeeds was a sign of great courage or simply ignorance, it is important for all of us to cognize that we should first know the grammar rules before deciding to break them.

However, it is also pleasing to see how much freedom a good writer is allowed to have, so that even if he circumvents a rule or two – it is for the sake of his style and the quality does not necessarily suffer!