We have all heard the intriguing stories about fearless artists, glamorous expats and beautiful socialites gathering in cafes, bars, restaurants, mostly European, Parisian, to be more precise. Hemingway, in his A Moveable Feast perfectly captures the spirit of the age that still thrills the audience. 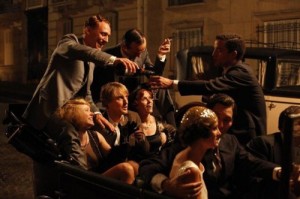 “There is never any ending to Paris and the memory of each person who has lived in it differs from that of any other. We always returned to it no matter who we were or how it was changed or with what difficulties, or ease, it could be reached. Paris was always worth it and you received return for whatever you brought to it. But this is how Paris was in the early days when we were very poor and very happy.”

Poor and happy were those literary companions in atmospheric cafes where they were constantly seeking for some kind of refuge. They often mentioned what they drank at the time, but have you ever wondered what was on their dining plates? 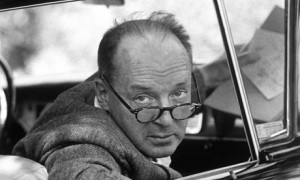 Although Vladimir Nabokov does not belong to the circle of the Jazz age writers like Hemingway, his life was nonetheless interesting. Here is his advice on how to boil an egg, with a precise definition of boiling. It was sent to Maxime de la Falaise with the intention to be included in her cookbook. It was never included in it, but here’s the recipe so that you can decide whether it’s good or not.

“Boil water in a saucepan (bubbles mean it is boiling!). Take two eggs (for one person) out of the refrigerator. Hold them under the hot tap water to make them ready for what awaits them. Place each in a pan, one after the other, and let them slip soundlessly into the (boiling) water. Consult your wristwatch. Stand over them with a spoon preventing them (they are apt to roll) from knocking against the damned side of the pan. If, however, an egg cracks in the water (now bubbling like mad) and starts to disgorge a cloud of white stuff like a medium in an old fashioned seance, fish it out and throw it away. Take another and be more careful. After 200 seconds have passed, or, say, 240 (taking interruptions into account), start scooping the eggs out. Place them, round end up, in two egg cups. With a small spoon tap-tap in a circle and hen pry open the lid of the shell. Have some salt and buttered bread (white) ready. Eat.

Don’t you agree that we would all be wonderful cooks if only we had our cookbooks written in this way? Feel free to share your thoughts in the comments!