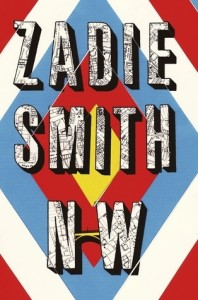 Zadie Smith has stated on various occasions that she considers herself to belong to the arena of obsessively local writers, inhabited by authors such as Hardy and Hornby. Her book NW, which was published in 2012, is a case in point. She has managed to fill the novel with subtle tones of the feeling you get when you have been in a place long enough for it to crawl under your skin. Here we have a good example of the realignment of a city where the part you live in is perceived as central and most important.  She shows us that despite the fact that there have been numerous attempts to modernize London, it has still preserved its manifold layers of English life.

Smith is an author who has been build out of the books that she has read. While writing NW she wanted to write about the same feelings portrayed in numerous 20th century existential novels, but with a different cast. French literature abounds in novels that feature characters who feel out of place and out of context, who are burdened with the need to invent themselves and who feel discontinuous in their time and place of living. She wanted to show that people of colour share the same feelings, regardless of the general opinion that they are sure of their identity because they had to be so as to be able to put forward all the arguments related to the civil rights movement. However, they also endure the fatigue of life, suffer from its boredom and are often saddled with the feelings of isolation and disconnection.

There is a connection between boredom and the desire for chaos. Despite many disguises and bluffs perhaps she had never stopped wanting chaos.

She is also a writer known to possess the ability to find the echo of her time and document some of its big questions, such as monotonous everyday life, boredom, contempt in marriage and the tedium that covers everything like thick fog and there is simply no escape from it. She also portrays one of the biggest modern age dilemmas, which has to do with the idea that one should intimately and profoundly desire for things to appear and happen and if they don’t, something must be wrong with you. You are characterized as the unusual one. But is there really such a thing as this massive passion which should underlie all our actions? And why is having or not having children such a contested area? Shouldn’t it be a private matter, an arena of questions to be dealt with in the privacy of one’s own home? Things become complicated in midlife and people are the ones who bring darkness into their own lives. Maybe that has to do with the aforementioned mundane daily routine that manages to invade one’s life despite all the attempts to chase it away. When things become complicated it is not immediately evident if there is an escape route. Some never manage to leave the cages they inhabit, but get stuck repeating the same things over and over again.

Not everyone wants this conventional little life you’re rowing your boat toward. I like my river of fire. And when it’s time for me to go I fully intend to roll off my one-person dinghy into the flames and be consumed. I’m not afraid.

The novel is envisaged as four different rooms that are inhabited by different characters. It is a book on four contrary modes with a story that is interlinked. The chapter on Leah is written in stream of consciousness, some even think that she wanted to pay homage to Joyce, but when asked, she said that she had no intention of the kind whatsoever. The chapter on Felix is the 3rd person singular classic storytelling, although we are again aware of the intertextuality which she employs by playing with some of the features characteristic of Flaubert’s writing. Their characters are fantastically ordinary people and there is nothing special about them, yet both manage to have the reader engaged and interested in the outcome despite the suburban, almost banal plot. Nothing of great consequence happens in this novel. People live, they go on with their daily routine, but it is their mindset and that bottom part of the iceberg, which is not apparent at first sight, that Smith is interested in. She again breaks with the conventions by having the chapter on Natalie written in numbered sections. But isn’t it like this in life too? Aren’t we all trapped in the chaos of our own lives, moving from one room to another trying to make some sense out of it all? People are different, no two are alike and that is what is brilliantly portrayed in this novel, both by its structure and the way time is perceived. 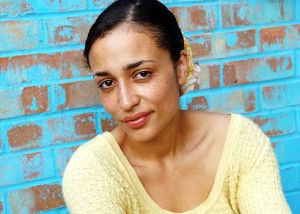 One of the most difficult things a writer is faced with is how to pass action and behaviour across time. Time is everything in writing. Smith does not hide that well-known giant we all fear – time that speeds up intolerably as one grows older. She attempts to record it, but her characters never deny that it slips from their fingertips regardless of them trying to hold on to it. Time is merciless, a gigantic apparition hiding in the corner of one’s eye. You think you’re safe and that you’re out of its reach, but then you notice it, being there in the background, breathing and waiting for its cue to act.

Smith is against employing techniques that flatten out the prose and make it comprehensible in every zone and country. She likes things that are genuinely local and does not shy away from stressing it. Joyce is a great example with the image of Dublin that he has created and that people all over the world have taken into their hearts and minds, because you do need this sort of a precision in a novel. Maybe Zadie Smith’s North-West London will resonate with its readers in the same manner Joyce’s Dublin did and still is. Who knows? Time will certainly tell.