Being the fan of detective novels, my choice which novel to include was not difficult. I decided on The Seven Dials Mystery by Agatha Christie which I have recently read. The Seven Dials Mystery was published in 1929 bringing back from the earlier novel the characters such as Lady Eileen (Bundle) Brent, Bill Eversleigh and Superintendent.

The beginning of the novel takes place in a manor house rented by Sir Oswald Coote. Gerald Wade, Jimmy Thesiger, Ronny Deverux, Bill Eversleigh and Rupert  Bateman together with two young women are staying at the house. As Gerald Wade sleeps very late in the morning and is always late for breakfast, his friends decide to buy eight alarm clocks to play a prank on him. They put alarm clocks in the room only to find out that Gerald Wade is dead. Who is the murderer? Well, see our infographic below to discover that. 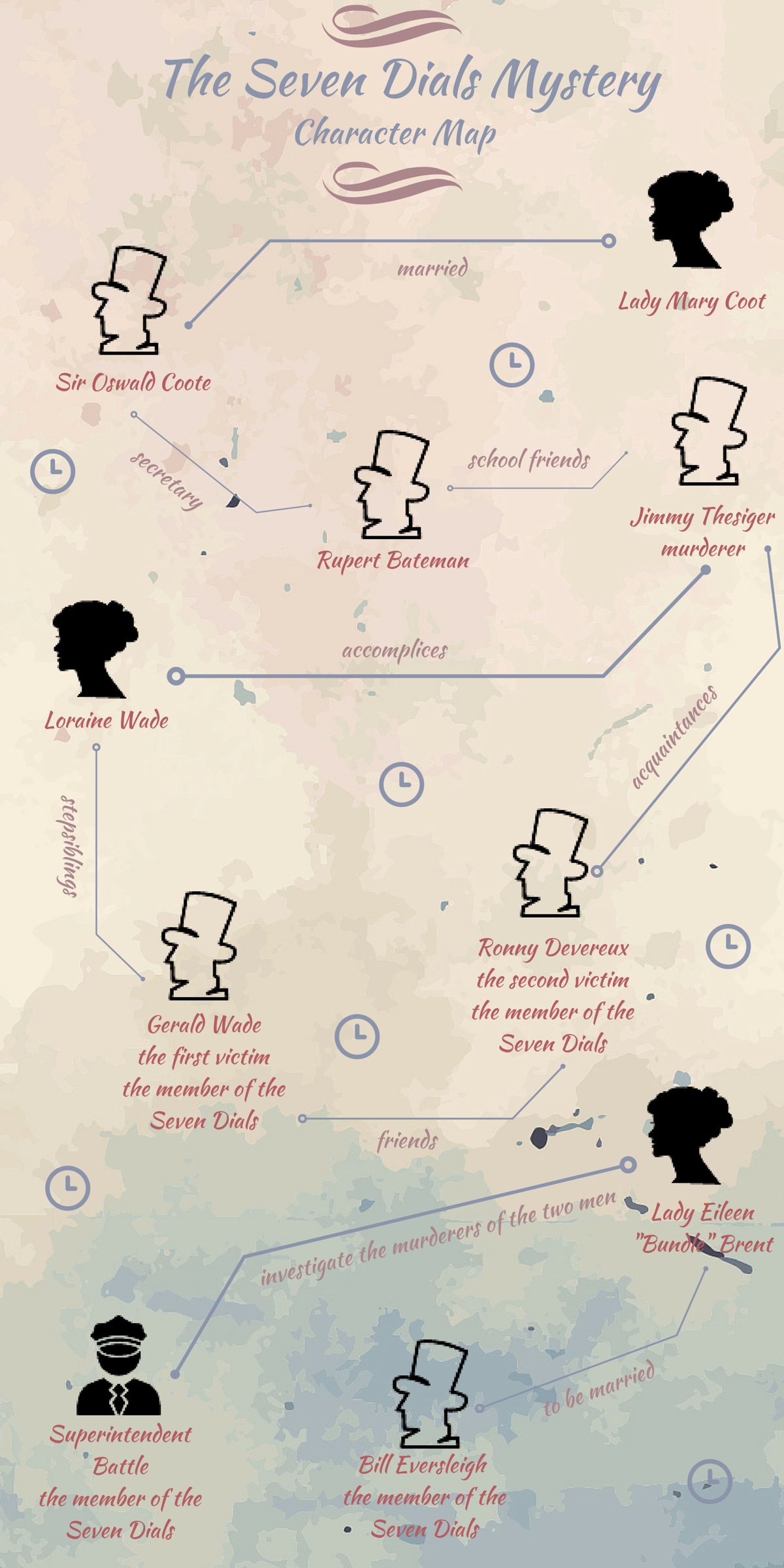