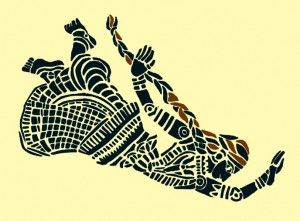 The Verses was regarded as a blasphemous novel and a bounty was offered for the killing of Rushdie, which forced him into hiding for the following nine years. While the author was living under police protection, the controversy surrounding the novel contributed a lot to overshadowing its literary values.

Along with the constant media representation of the fatwa, the very title of the novel helped spreading a certain degree of awe in relation to the book. Namely, it refers to a set of controversial verses that were at a certain point included in Quran, but were later removed due to their heretic nature. These verses have a particularly sensitive meaning for Muslim community but the adjective ‘satanic’ implies a great deal of negative connotations in the Christian world as well.

Therefore, it’s no wonder that an average reader would probably regard the novel as spooky or blasphemous judging by its title. Nevertheless, it’s not necessarily a book that one should stay away from. What’s more, the magical world of the novel is very likely to attract anyone. Rushdie’s account of the controversial verses is a part of a whole new reality where an alternative sequence of historical events is created through magic realism.

The Satanic Verses is much more than simply a controversial text depicting Muslim religious narrative from a magic realist perspective; it is a novel that speaks about contemporary society and everyday magic.

The plot revolves around two Indian-born actors who keep shifting back and forth between London and Bombay trying to deal with issues such as love, hybrid identity, perseverance of faith and complicated social relationships. The story opens with the account of their fall from a plane that explodes above London, which both of them miraculously survive. This further leads to their physical and spiritual transformation, and a chain of extraordinary events. Farishta and Chamcha transform into an angel and devil respectively, and move through the magical London and Bombay in pursue of their ordinary lives.

Even though they embody the fictional beings that in one form or another exist in most cultures, they do not actually behave the way one would expect them to. Throughout the novel, we see them fighting for love, sanity and making right or wrong decisions. They are depicted as ordinary human beings and, despite the ‘unearthly’ forms they unfortunately inhabit, their stories include family issues, problems of cultural hybridity, loss of their identity as Easterners in the West, as well as stories of faith, friendship and betrayal.

Overall, the book is often seen as one of the major Rushdie’s works, which is certainly a justified view. The Verses merges mythical stories with the agitation of contemporary society, blends fantasy and reality, thus representing the world from a completely new perspective. In the novel, Rushdie turns our ‘ordinary reality’ upside down and challenges us to overcome the conventional concepts of East and West, race, religion and, why not, reality because:

The universe (is) a place of wonders and only habituation, anaesthesia of the everyday, dulls our sight.
(Alleluia Cone, The Satanic Verses) 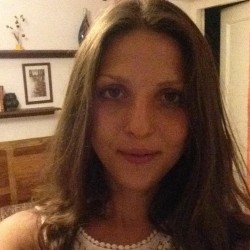