Remember the carefree days when you were younger and nobody overanalyzed what you did in your own time? Well… neither do I. Whatever we did in our lives we always had some –ism kind of borders right in our faces. And most of the times the people who came up with the implications of an –ism where bitter or jealous of others getting along nicely, especially the ones which claim to be fighting for equality. It is ironical though, the movements meant to abolish prejudice and make people understand each other but are doing the opposite, they are fueling the anger and creating a bigger gap than there really is. Moreover, it is telling the world that no matter what you do you will be always wrong; there is no clear way to win at the –ism war. 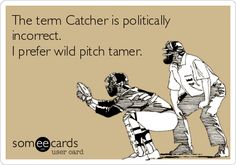 Worst of all though is that people are getting these crazy ideas that they should follow the “rules” set up by those specific groups meant to get rid of a certain –ism. And on that faithful day political correctness was born, every stereotypical joke cringed and trembled on that day because it was declared that no-one can use a list of words except for the very few who in fact can. Basically, some are now more privileged to “enrich” their vocabulary. Meanwhile, we, the lesser beings of the vocabulary word-chain, the common plebes, have to suffice with using intricately long and hilarious word compositions. But wait, there is more! Not only that we cannot say certain things, we cannot behave in non-accepted manners in front of certain people. The only acceptable non-threating movements that you can do for now is to slightly nod, without eye contact, or without a frown on your face because you will start World War III! Sit up straight and do not even think about breaking the law or you will be… Due to politically incorrectness, I cannot finish that sentence. 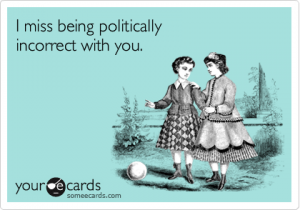 If you ask any sane person, not many left though, they would all agree that this is all just a pile of rubbish. There will always be radical zealous fanatics who believe that a mysterious force compels them to change the world for the better, but the best is to just let them keep eating paste and to play in their little sandbox. For the rest of the world, nobody cares what skin color you have, for all we care you could be a chameleon; religion, beliefs, nationality, all of that is a personal choice, we do not have to agree on everything, but you cannot blame an entire race for who they are and what their history is. Creating secular propaganda movements will only allow for the hatred to live on until oblivion, instead, we could all go for a drink…

Latest posts by Deky (see all)