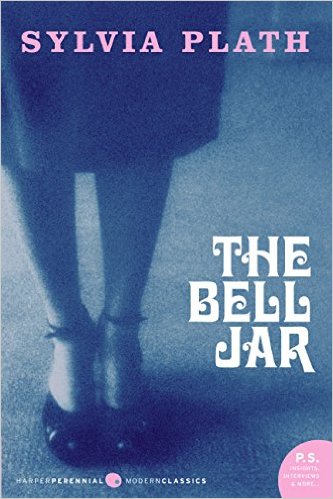 The Bell Jar was first published in 1963 under the pseudonym Victoria Lucas, which was probably Plath’s way of distancing herself from the work that draws so heavily on her own life story. Although the life of the author herself, her volatile nature, the struggle with depression and eventual suicide at the age of 32 make her the cryptic interest of many, The Bell Jar merits attention not because of its autobiographical value, but due to the undiminished relevance of the issues discussed in the novel. We might have come to regard social expectations, gender roles, isolation and individuality somewhat differently, yet the central questions addressed in The Bell Jar persist even today in almost the same form.

The novel opens with the protagonist, Esther Greenwood, pondering the “queer, sultry summer” she is spending on an internship at a renowned fashion magazine in New York. Although aware that this opportunity would make thousands of other college girls across America green with envy, Esther cannot find it in herself to appreciate the moment. “I was supposed to be having the time of my life”, she says. In the midst of the glamorous events, surrounded by other 11 lucky winners who are enjoying themselves, Esther is feeling “empty”. At one point, she leaves a party only to come back to the hotel, sit in her painfully silent room, gaze at the telephone and wonder about the calls she might receive. Paradoxically the device that can connect her with the rest of the world seems to her “as dumb as the death’s head”, echoing several recurring themes – nihilism, isolation and death.

Esther is encumbered by the social pressure to fit in the existing paradigms, which precipitates the identity crisis that eventually leads to a mental breakdown. This manifests itself benignly at the very beginning when Esther is torn between befriending two glaringly different girls – the worldly-wise, trouble-maker Doreen and Betsy, a simple, rule-abiding girl intent on saving Esther from herself. Esther can see a bit of both in herself, yet does not fully identify with either. She is neither here, nor there, or maybe she is both here and there, which is a feeling she experiences frequently.

Choosing is not something Esther is good at, especially when it comes to her own future. Despite being a promising English major, with spotless track record in journalism and editing, outwardly heading towards what appears to be a bright future, Esther is inwardly confused and lost. The inability to decide what to do with her own life isn’t some passing irresoluteness, it is a shattering existential crisis most powerfully depicted in the metaphor of the fig tree:

“I saw my life branching out before me like the green fig tree in the story. From the tip of every branch, like a fat purple fig, a wonderful future beckoned and winked. One fig was a husband and a happy home and children, and another fig was a famous poet and another fig was a brilliant professor, and another fig was Ee Gee, the amazing editor, and another fig was Europe and Africa and South America, and another fig was Constantin and Socrates and Attila and a pack of other lovers with queer names and offbeat professions, and another fig was an Olympic lady crew champion, and beyond and above these figs were many more figs I couldn’t quite make out. I saw myself sitting in the crotch of this fig tree, starving to death, just because I couldn’t make up my mind which of the figs I would choose. I wanted each and every one of them, but choosing one meant losing all the rest, and, as I sat there, unable to decide, the figs began to wrinkle and go black, and, one by one, they plopped to the ground at my feet.”

In the Scripture, fig is taken to symbolise prosperity and well-being. It is the product of hard work and effort. However, instead of harvesting the ripe fruit of her hard work, Esther sees only the unavoidable renunciation of her different strivings. For her having too many mutually-exclusive opportunities is the greatest predicament, knowing that any path she chooses will nullify the others. In a sense, the numerous opportunities that present themselves offer a false sense of abundance – despite being so many, she is, as feminists would point out, essentially limited by the gender stereotypes perpetuating male and female roles in the society.

Throughout the rest of the novel Esther flashes back several times to the dichotomy between a career woman and a housewife, which strongly echoes the social mores of the 50s. On the one hand, there is Dodo Conway, Esther’s neighbour leading a calm family life in a huge house with a convoy of kids. On the other, a number of accomplished business women like Jay Cee that Esther fiercely admires. When Esther admits to one such woman that she might want a family some day, the women cries: “What about your career?” It is made perfectly plain to Esther that the balance between these two aspirations is not an option.

Things have changed over the past 50 years, but as an English major standing on almost the same spot as Esther back then and just as her feeling so acutely my inadequacies while cogitating on the uncertainty of the world and what I can be in it, I feel the same insecurity eating away at me. The same, I’m sure, can be said of thousands of young people on the threshold of adulthood. And just as her, all these people are to be labelled “neurotic” –

“If wanting two mutually exclusive things is neurotic, then I’m neurotic as hell.”

“Sometimes I can hear my bones straining under the weight of all the lives that I’m not living.”

I don’t think I’m terribly original in saying that human beings are infinitely complex creatures with often conflicting designs and aspirations. To let yourself touch upon, let alone explore that confusing inner plurality can be a scary undertaking. To crave irrational things is to be human, to feel confused, even frustrated at being unable to reconcile our deep desires is only to be expected of us. The ability to dream of alternative realities for ourselves only makes the inability to achieve them more painful, which Sylvia Plath so accurately documents in The Bell Jar.

“I wanted change and excitement and to shoot off in all directions myself, like the colored arrows from a Fourth of July rocket.”

In an interview, Paul Auster once said that each of us has thousands of people within ourselves. So if there’s one thing I don’t think has been praised enough about The Bell Jar, it is the way in which Plath’s writing deconstructs the notion of identity as an absolute, solid, unchanging essence.

The novel can be read as an ode to individuality, captured in vivid prose of an irresistibly frank protagonist. With its crisp imagery and sharp observations, The Bell Jar never stops probing at your thoughts and feelings, and unlike many other page-turners, it inhabits your thoughts for a long time.

And why the name Bell Jar? I’m letting you find out for yourselves.