Cohen’s writing career spans decades and includes numerous volumes of poetry as well as two novels. One of the two, The Favourite Game is not your typical novel, but poetry transformed into prose. It sets new rules and changes the boundaries of the coming-of-age novel. This stunning piece of writing is the Canadian equivalent of Salinger’s The Catcher in the Rye, probably the most famous coming-of-age story. Still, it is a unique narrative of a troubled youth who is unable to overcome the ever-present angst of growing up and is trying to find a way to cope with the rules that the new world is based on, the world of adulthood and love. Our narrator has loved all his life and has never been a stranger to a woman’s beauty. Yet, as he enters a new field, the rules of his favourite game are changing. New rules of love are being set in front of him, and he is not always able to come to terms with the immense burden that will not leave his side.

Children show scars like medals. Lovers use them as secrets to reveal. A scar is what happens when the word is made flesh.

Leonard the poet echoes through the pages of the novel. Still, this comes as no surprise for all connoisseurs of Cohen’s oeuvre. He has stated on numerous occasions that for him music and writing are two activities that can never be fully separated. His dip into the pool of writing novels grew out of a deeper interest in the lyrics of folk music. As a reader, you cannot help but feel the gentle playing of an invisible guitar that underlies his prose writing. His sentences possess the virtues of a truly poetic mind who has poured both his heart and soul into the writing process. The melancholy characteristic of Cohen’s lyrics is very strong in his writing too. Our protagonist is a youth who by encountering various women throughout his life manages to love all of them, each in a different way and with different intentions. Still, at times he is as cold as a razor blade, as Cohen sings in one of his most famous lyrical masterpieces So Long, Marianne. Although the girls are ‘the pretty ones’, he cannot give them what they expect from him. He keeps playing his favourite game of love, but does it in his own silly way. A way that at times hurts and undermines all that love should entail. He creates a Song of Songs to glorify them, but at the same time he laments over his inability to destroy all that stands between body and soul. There is a truly cinematic effect in his writing, as if it were a film portraying the city of Montreal with gentle music playing in the background while the protagonist walks from one room into another and inhabits various lives, each spent with a different woman.

He walked along Sherbrooke Street. The women of Montreal were beautiful. Launched from tiny ankles, their legs shot up like guided missiles into atmospheres of private height. He formed wild theories out of pleats and creases.
Wrists, white and fast as falling stars, plunged him into armholes. Tonight they would have to comb his eyeballs out of all their hair. 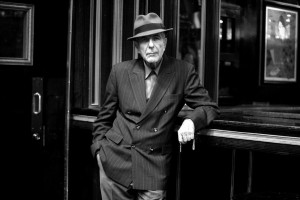 Cohen breathes life into the women our narrator encounters with just a few poetic descriptions. Readers can feel them rising from the pages and coming to life. Their skin, their bones, all becomes vivid and captivating. This is one of Cohen’s biggest virtues as a prose writer. He is able to glorify a woman’s natural beauty and characteristics in just a few sentences strung together like pearls on a stunning white necklace.

What did she look like that important second? She stands in my mind alone, unconnected to the petty narrative. The colour of the skin was startling, like the white of a young branch when the green is thumbnailed away. Nipples the colour of bare lips. Wet hair a battalion of glistening spears laid on her shoulders. She was made of flesh and eyelashes.

Cohen created a true masterpiece of a novel entailing his famous saying that desperation is the mother of poetry. It  gives birth to the newborn child made of melancholy and nostalgia. These feelings are intricately woven into Cohen’s novels and reading them is equivalent to looking into the eyes of those you love – it is always the first time.

Sanja Gligorić
Sanja Gligorić obtained her BA and MA in English Language, Literature and Culture at the Faculty of Philology, University of Belgrade, where she is currently studying for a PhD in Literature. She has presented papers at various international conferences and is the author of a bilingual monograph on Virginia Woolf. She enjoys reading, writing and translating.